Now, let’s not make any mistake: it can be deeply satisfying to tackle a home DIY job yourself. There’s pride to be experienced in the knowledge that you can complete tasks without having to call out a professional, and then there’s also the matter of the money you’ll save. If you have to call out a professional every time something goes wrong, you’ll end up spending far more than you’d like keeping your home up to scratch. However, it’s important to remember that there are some jobs that you positively shouldn’t tackle yourself, for various reasons. We take a look at some such examples below. 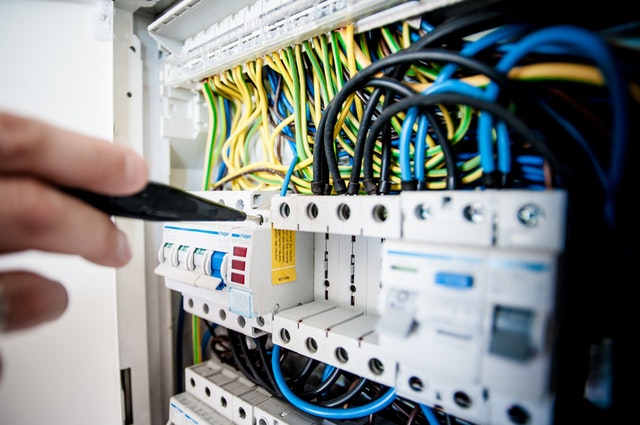 It might just seem like a little crack in the wall, or that a bit of timber needs securing, but it is never recommended to try to complete structural jobs yourself. And the reason for this is very simple: if you get it wrong, then you could end up with severe problems that greatly damage the overall quality of your home, and which are expensive to fix. In the worst-case scenario, you could be putting yourself and your family in danger if you try to do the job yourself. Leave it to the experts!

Of all the tasks that people try to do themselves, no jobs are regretted more quickly than those related to plumbing. A job might seem straightforward and inconsequential, but once you get going, you discover that you’ve got yourself in a mess that’s much bigger than how it started. Instead of taking this option, hire a plumbing service instead. A few wrong steps can seem your home quickly filling with water (or worse), so don’t take any chances.

Some jobs affect the overall quality of your home, and thus shouldn’t be undertaken by an amateur, while others can be dangerous. Electricity jobs fall into both categories. These are complex systems, it’s important to remember, so even if it was safe, you might not be able to do the job anyway. But the fact of the matter is that it isn’t entirely safe — if you try to do the task yourself, then you’ll run the risk of being electrocuted or causing a fire in your home. If it’s anything more than a flick of a switch, make sure you’re calling out a pro.

Some jobs are relatively straightforward. For example, putting down new slabs in your yard area. All that’s involved is moving them from one place to the next. However, even these jobs should be left to others, because of the weights involved. You might be able to mentally do the task without any issues, but your body might not be able to keep up. And trust us, you’ll regret having started if you end up with a severe back injury because you were lifting incorrectly. You’ll save a little bit of money doing it yourself, but you could end up with expensive hospital bills, have to take time off work, and so on.

Want your ad here? Email us!